If you want to attract love, it may seem a little strange but a Venus Fly Trap really is a pretty good ally. The plant works by retaining good energy or 'entwining' energy that comes your way. It is also a protective plant as it scares of negative energy.

I'm often encouraging others to look not only at the common names of flowers and plants but also at the latin names as they contain clues to meanings as well. Dionaea comes to us from Dione, mother of Aphrodite. I find it interesting that some stories tell us that Aphrodite arose from a giant clam shell (which it was a Venus Fly Trap looks like!) and that others tell us that she was the daughter of Dione and Zeus.

Venus Fly Traps originated from the East Coast of Northern America and are a popular indoor plant around the world. Carnivorous, they capture their prey by simply being ready for the moment an insect walks across their hair triggers. Clamping shut, they slowly dissolve their meal.

Terrariums are in style again right now, I've noticed and they are a pretty good place to grow a Venus Fly Trap in colder areas. Just make sure yours is one with a larger opening so they can still attract their food! They like a humid environment which is moist but not soggy, the sun and semi-shade but you must take care not to sit them in direct burning heat, especially if growing in terrariums. Potting soil is not the best for these plants, a spealized blend or try a mix of sand and moss. By far, the biggest killer of indoor Venus Fly Traps is tap water. You must use rain or distilled water.

The Flowers!
What many refer to as the flower part of a Venus Fly Trap is not at all. The white flowers I have painted there are in fact the flowers. ;) They grow rather high above the plant on a long stem and are a very pretty
During winter your Venus Fly Trap will look almost dead but do not throw it out!! It goes through a period of resting and will regenerate come spring. When yours flowers, cut the stalk close to the base and replant for, hopefully, another venus Fly Trap plant! Some advise is to cut the flower stalks as soon as they apple as the additional energy to produce the flowers can be a little too much for indoor plants. Something for you to think about and depends on how yours are faring.

one of the flowers featured in Flowerpaedia published by Rockpool Publishing 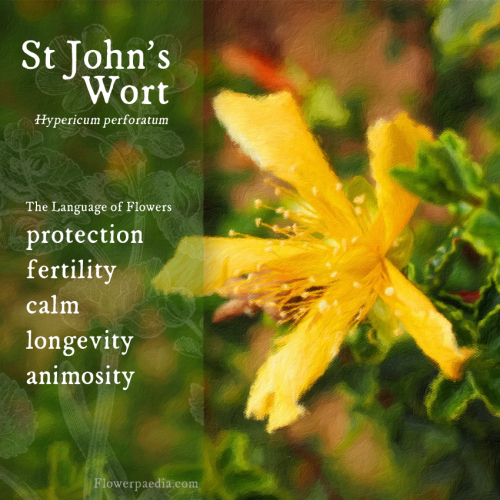 It is said that if one wears the flowers of St John's Wort that they will be protected from evil, negativity, malevolent spirits and illness. A powerful herbal remedy, it is used as a calmative and pain reliever.

The common name St John's Wort comes to us from a Christian story about the Devil wanting to rid the world of herbal cures. It is said that he stabbed the planting anger which only made it bleed the blood of St John the Baptist and then increased it's medicinal powers. There is also a claim that it's red spots appear on 29th August each year (the day St John was beheaded).
But to go back a little further, the plant was very strongly associated with the Pagan Midsummer Festival where it was prized for it's fertility powers and as a protector against evil spirits.

If St John's Wort comes to you in an oracle reading, or as a message then you are being reminded to look after yourself, that you might even be in a situation of conflict that needs greater attention from you to resolve.
There is an opportunity for growth, for the physical realisation of dreams and progression in your goals.

Gardening: It is so easy to grow and likes a well drained soil in a warm to dry environment, but my fellow Australian friends, it is unfortunately a huge problem to our environment where it does take over and competes unfavourably with our Native plants. Elsewhere, check with your local environmental authorities.

🌻 Where I Find the Meanings of Flowers

I’m contacted daily by people who would would like me to share how I discover the meanings of flowers. Most are writing or creating things based on the Language of Flowers.

Do I receive the information from Spirit?  Faeries? Intuition?
Do I have certain/favourite/special books which contain these secrets?
Do I just make them up? 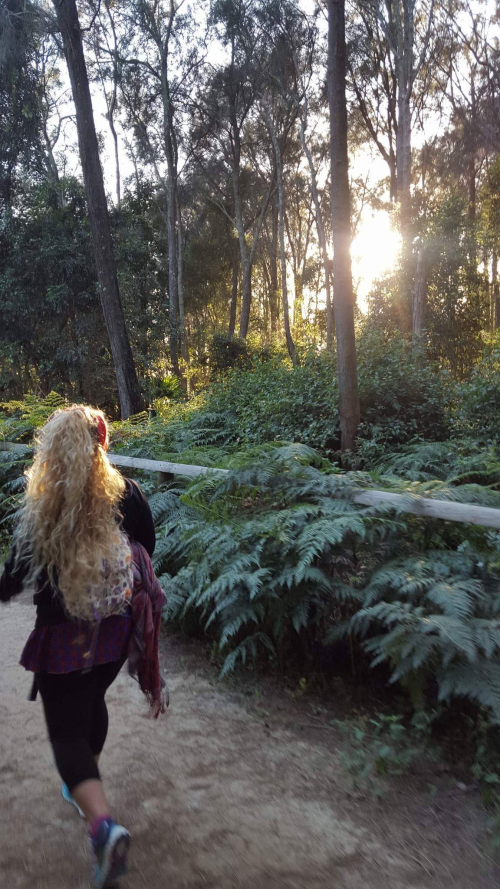 Most people want that magick key, that one source or place, but I cannot give it to them.

Not because I’m mean-spirited but because there is not one key, one place. It’s actually
’out there’ in Nature. It’s in gardening books, complementary health books, it’s in the stories of people from all over the world and from the folklore whispered down time.
Like many of these people who contact me, I did want one book, one resource, to contain keywords, but even that came at a great cost. One I gladly paid. In time, in experience, in patience. 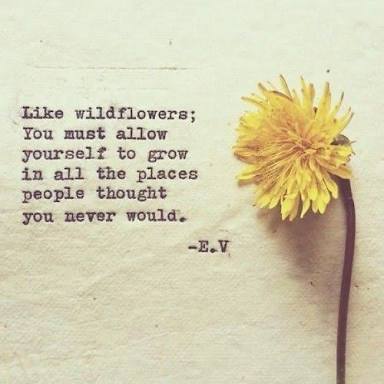 Although there are many ‘Language of Flowers’ books, most are whimsical pieces which do not contain the botanical names and they do not go deep enough nor do they reach back far enough to source material to ensure accurate meanings. This is why I wrote Flowerpaedia. I wanted something handy to contain as many Flower meanings as possible that everyone could reference easily. It is a tool that I couldn’t find and I wanted so I thought maybe others would as well. It is a beginning, not an end and I hope that those who use it see Flowerpaedia that way. These are keywords  to start a conversation with Nature and I  know you will hear so much more! 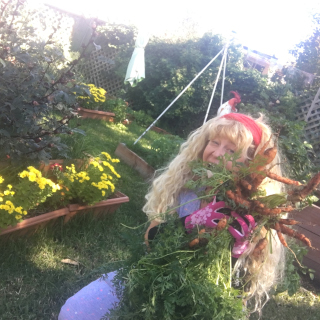 To find these meanings, it took take me over ten years. I did not labour every day for eight hours a day but I decided ten years ago to put my journal entries, my notes, my other titles into one place. In making that decision, I had to tidy these research notes, I had check and triple check all my entries and as I wrote a Language of Flowers translator, there was a lot of good old fashioned hard work! (The first half of book is meanings and their flowers, the second is flowers and their meanings.)


So I suppose in sharing this, what I am saying is, I can’t just hand out ‘the’ place to find all of this for your work or wonderings. You need to experience it. Go to libraries, to gardens, to the wild of nature and look, feel, listen.  Speak to those who work with and for the land and  most importantly, do so yourself. Grow things, love plants, share what you do as you go. 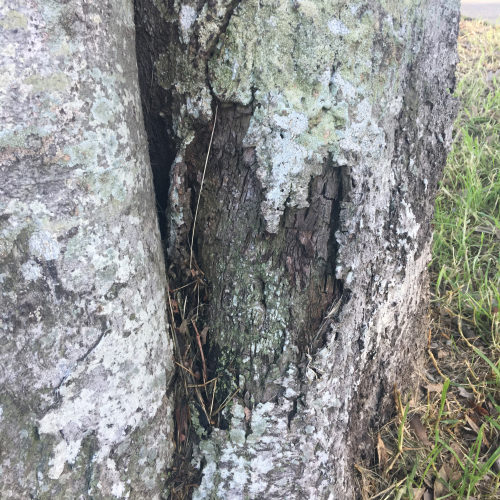 This way,  you will naturally find out how to find what it is you seek but you will also find so much more and hopefully give back as you become a part of the conversation between people and plants.

Posted at 10:06 AM in flowerpaedia, the language of flowers | Permalink | Comments (0)

🌺 FLOWER OF THE DAY ~ Bee Balm 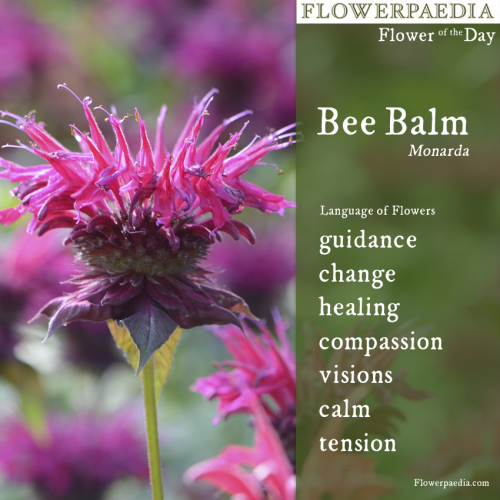 🌺 FLOWER OF THE DAY ~ Bee Balm
One of my favourite North American prairie flowers. I fell for Bee Balm pretty hard when I lived there as I really hadn't been familiar with it before. Fragrant, oh so pretty and humming birds love them too.
Bee Balm has been used by Native Americans as a cure for fevers, sore thoughts, headaches and general pain. In the late 18th century, American Colonialists used it as a substitute for tea and it was known as Oswego tea.
Bee Balm meanings connect with healing pathways so that you can receive guidance clearly. Tension can be indicated but like pressure creates a diamond, you should find eventual benefit from challenges faced at present.
Gardening! Perennial Mondara, a member of the mint family, love a sunny spot and will flower beautifully in Spring, dying back in winter. As a mint, they love a moist though well drained sit and a fairly open position and like mint, they can get out of hand, spreading quickly so choose your spot well.
bunches of love
🌻 Cheralyn xx
PS: Sharing of the Flower of the Day post is totally ok too.

*information is for education purposes only

🌻Flower of the Day ~ Mugwort 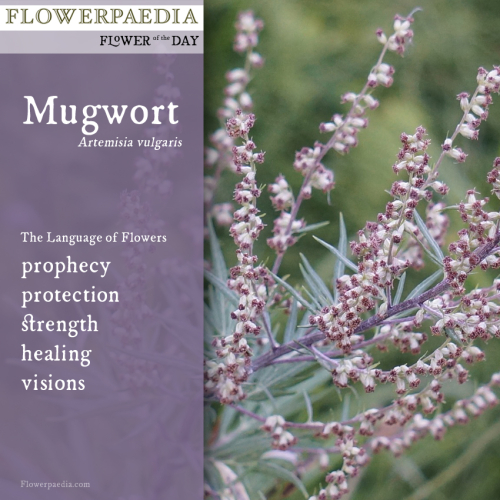 In many traditions, Mugwort is considered a flower/plant of protection, especially against evil spirits, witchcraft and for protection of the home.
In Japan, it is used by some to rid the body of the forces/spirits which cause illness. Native American use includes wearing mugwort to prevent the influence of evil spirits.
The use as a herb which assists divination is fairly widespread. Teas and incenses are said to promote psychic and clairvoyant abilities and creating a mist or wash to bath divination tools can cleanses, protect and boost their energies. Astral projection and prophetic dreams can be supported by sleeping with mugwort in a pillow.

The common name is derived from it's use to flavour beer before the use of hops. As the family latin name suggests, it is strongly associated with the Goddess Artemis and it is an interesting exploration through herbal lore and the use of mugwort in anything from **female fertility to the healing of wounds from wild animals. Mugwort is also a natural insect repellant and can also be made up into a general household cleaner.

Perhaps my favourite piece of Mugwort Botanical Lore comes from the Ancient Romans: If you face a very long walk or day of walking (as their soldiers often did), place a piece of mugwort in each of your shoes before sunrise. This is said to not only stop your feet hurting but will keep you going as long as you must!

Gardening! Oh yes you can grow mugwort, it really is fairly easy. Although it will prefer sun, it can tolerate semi shade and make sure you have soil well-drained but a little on the moist side. You may prefer a large pot as they have a fast spreading root system which will, (as with others of this family), adversely affect neighbouring plants. The roots actually leech out chemicals which will kill off the roots of other plants.

*all information for educational purposes only
**PLEASE NOTE: pregnant woman must not handle or consume mugwort as it can bring on contractions.

🌼 FLOWER OF THE DAY ~ Witch Hazel

FLOWER OF THE DAY ~ Witch Hazel ( Hamamelis virginiana )
If you are looking to ease emotional heartache, then Witch Hazel is the flower/plant for you (remember the energy of the flower runs through the entire plant).
Very good when used in spells and in tools and amulets to protect from evil and negative energies. Can assist in divination.
If you are resonating with this Flower, you may need to break free of an energy which is holding you emotionally. Realise that it is ok to put yourself and your plans ahead of others at the moment. 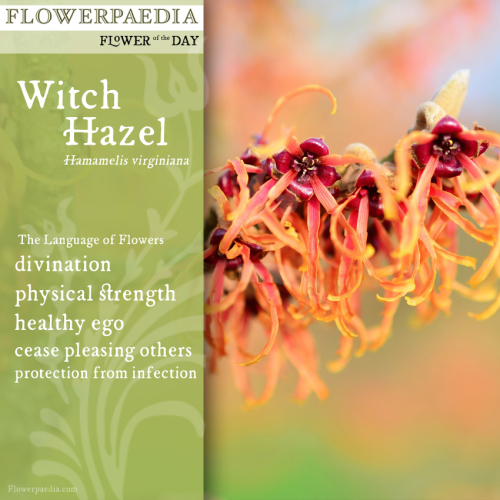 🌸 Flower of the Week ~ Carnation

🌸 Flower of the Week ~ Carnation (Dianthus caryophyllus)
After a lot of requests from all of you lovely Blossoms, the first in a new weekly series exploring a different Flower.
Botanical History, Gardening, Myths, Legends, Ethnobotany, Floristry, Flower Essences and other uses, in fact anything I do not cover ~ please feel very welcome to continue the chat and exploration in the comments below. 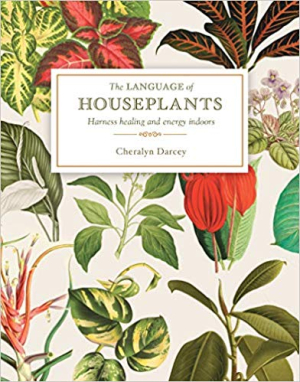 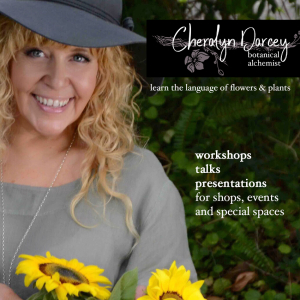 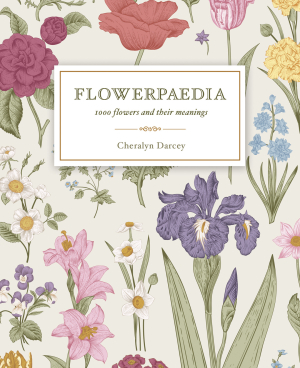 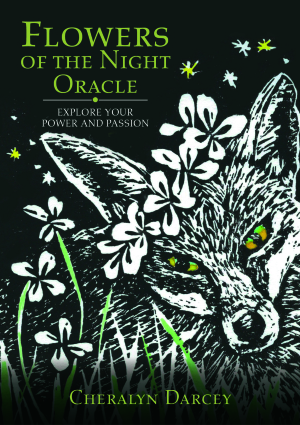 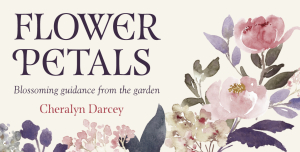 CURRENT MOON
phases of the moon 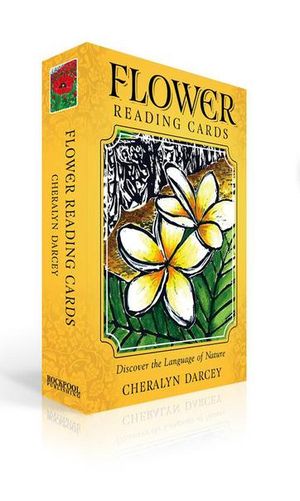 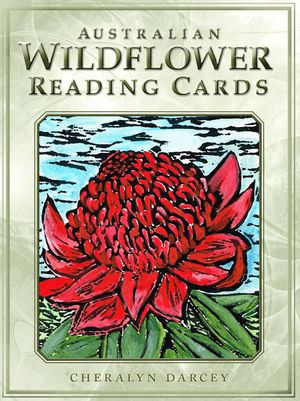 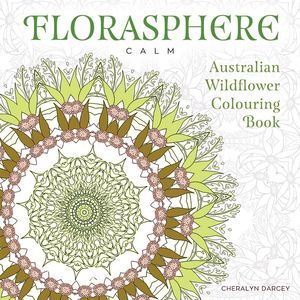 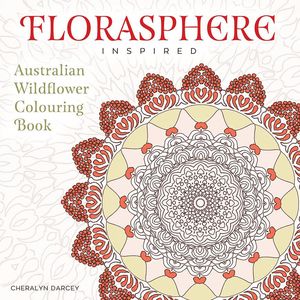 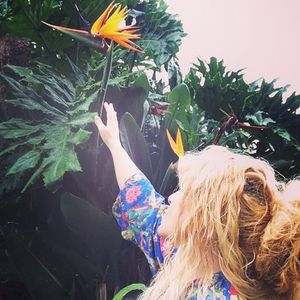